(Statement International Oromo Assembly of Waqeffanna, 10 September 2017) In the cultural and traditional life of the Oromo people, Irrecha of Malka (a thanksgiving event at a river bank/water source) is a moment of thanks offering to God for the change from a rainy season to a brighter and sunny time of year. The Tullu Irrecha (Plateau thanksgiving) is another ceremony that takes place in spring to pray to God for the future of the society. 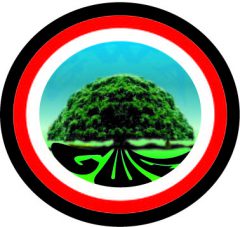 The traditional belief has been handed down to generations from the time immemorial through ancestries and it is currently being cherished passionately.
Even thorough Irrecha has been celebrated since antiquity, the previous governments of Ethiopia utilized different methods to supress the tradition and discourage its flourishment. Thanks to the struggle made by Oromo children and the huge scarifies they paid Irrecha has become a public event which is known to the world as one of the substantial beauties.
The Arsadi Irrecha which is annually celebrated at Lake Arsadi in Bishoftu town of Oromia has evolved to the greatest African celebration over the past 20 years through participating millions of people at a time.
The fact that Irrecha has become a symbol of cultural unity and a brand of self-identity for the Oromo people seems to have scared tyrants who are unhappy to see Oromo values developed andappreciated. Over the past several years thetyrants have utterly harassed, detained and threatened Oromos in cultural costumes who marched to Hora Arsadi annually. They also fomented propaganda campaigns to sacrilege the event. When all their attempts failed to prohibit the masses from attendingthe celebration, they tried to grab the opportunity to exploit it for their political advantages.
The massacre that was conducted on October 2, 2016 at Irrecha Arsadi ofBishoftu town was a barbaric and tragic crime, which has left irredeemable scar in history. Spraying tear gason innocent crowds and forcing them to jump helplessly into water and cliffs was a deliberate act of killing committed against a peaceful congregation. The congregate were only in cultural costumes carrying nothing but flowers and wet leaves. They had nowhere to run to than water, alleys and cliffs where hundreds ended up in expiry and other hundreds sustained permanent injuries.
It could have been so simple for the authorities to avoid the 2016 turbulence if they allowed the appropriate Abba Gadas to hold the stage and guide the crowd instead of trying to present their own stooges on the stage and provoke the gathering to protest.
To address public grievances they could have immediately let in the proper stage holderstake their place and avoided the consequential tragedy.
Irrecha is a platform of peace, love and unity where prayers and thanks are offered to God. Irrecha is not a forum of political agenda promotion and a place of violence. Helping Irrecha to remain a peaceful celebration and providing necessary protection for the Irrecha gathering should be given a maximum attention so that all participants feel free and secured throughout the celebration time so that this important festivity blossoms further and continues to be an undying occasion of thanksgiving.
In this spirit we strongly recommend that:
1. The event should be ran by those concerned: the Abba Malkas and the Abba Gada (Elders in charge of Irrecha ceremony and the Oromo Gada fathers)
2. Government bodies and political cadres should refrain from taking the Irrecha stage and interfering in the business of the Irrecha ceremony
3. Armed forces should never make appearance in the Irrecha celebration quarters
4. The different task groups of the Gada such as Gam’ee (the Youth), Follee (Graduates of Gada Current Season) and the Abba Gadas (Gada Fathers) should delegate civil peacekeeping crews and ushers to facilitate the smooth operation of the celebration
5. All Irrecha celebrators should mind that the event is a sign of peace and discipline and protect those who try to violate the ideals of Irrecha. Everybody must demonstrate utmost self-discipline and become a role model in ensuring tranquility
6. Different media outlets would support the Irrecha celebration by providing appropriate messages that underline the peacefulness of the Irrecha occasion
7. Oromo youth at home and in the diaspora should be advised to adhere to the ideals of peace and blessings on the Irrecha day.
8. A monument which has recently been inaugurated asa memorial for the Irrecha martyrs of 2016 with an inscription referring to the Irrecha victimsas “Those who lost their lives in a sudden death” would by no means represent the story of the actual incident. It is a misrepresentation that would conceal the truth about the martyrs and issues surrounding the incident.Obviously this monument wouldremain to be a point of dispute. Hence, discussions based on reason and understanding must be undertaken and a monument that can properly reflect the essence of the incident and the true story of the martyrs should be erected.
9. The Irrecha celebration day that takes place at Lake Arsadi of Bishotu must be officially declared Oromia Day.As the Irrecha celebration always falls on Sunday, the next day-Monday, should be a holiday and offices must be closed. The reason behind thethe office closure is that multitudes of people come from across the Oromia state for the celebration and that they cannot return to duty on Monday.
We humbly call up on all concerned to give due attention to the suggestions provided in this statement. We wish all a peaceful, blessed and joyous Irrecha celebration of 2017
International Oromo Assembly of Waqeffanna